Diagram of the layered atmosphere In its lowest layer (the troposphere, bounded by the tropopause) it comprises oxygen (21%), nitrogen (78%), carbon dioxide, water vapour, and other gases. It is in this layer that most weather phenomena are generated. The upper layers of the atmosphere include the stratosphere, immediately above the tropopause; the mesosphere above the stratopause and the thermosphere. The ozone layer that shields the Earth's surface from lethal doses of ultraviolet radiation is located between 20 and 30 km within the stratosphere. 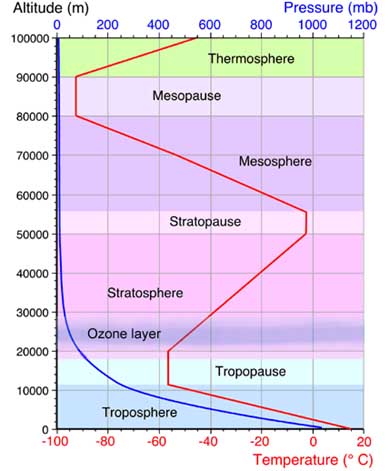