Oil Slick in the Gulf of Mexico

Oil continued to float across the Gulf of Mexico around the Mississippi River Delta in early July 2010, three months after a deadly explosion at an offshore drilling rig. This photo-like image of the region was captured by the Moderate Resolution Imaging Spectroradiometer (MODIS) on NASA’s Terra satellite on July 9. 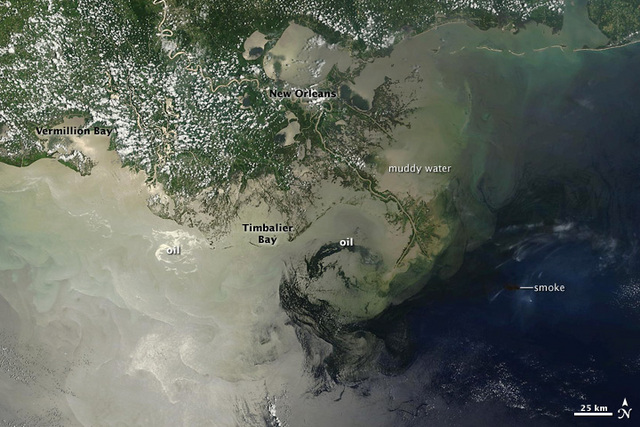 Beyond the area where the Sun’s reflection would have appeared, however, oil may make the water surface look unusually dark rather than bright. The dark arc in the water east of Timbalier Bay may also be oil; it is consistent with oil locations identified with radar images of the area captured on July 8.